The Hubble spacecraft was the first orbiting optical telescope. It was named after the astronomer 'Edwin Hubble', who confirmed the idea of the 'expanding' universe that led in turn to the Big Bang theory. 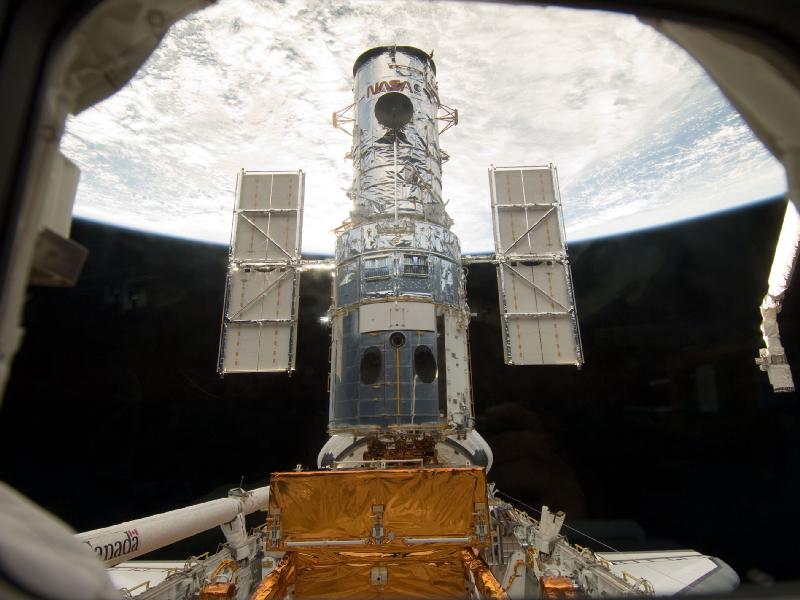 It was launched into orbit at an altitude of 569 kilometers (353 miles) on 24th April 1990 by the Space Shuttle Discovery.

The working parts of Hubble are the two mirrors. Hubble is essentially a tube with a large concave mirror at the bottom. Light travels down the tube and is reflected off the large concave mirror onto a small secondary convex mirror located about half way back up the tube. The light is reflected off the secondary mirror through a hole in the large primary mirror where it is collected by sensors, analysed and recorded.

The mirrors are very accurate. Even so, after Hubble was launched, it was found that the primary mirror's curve was incorrect and corrective optics had to be fitted - almost the same as wearing glasses.