A satellite is something that orbits something else. The Planets are satellites of the Sun, our Moon is a satellite of the Earth, other planets have moons too. These are all natural satellites created billions of years ago when the Solar System was formed.

Communications satellites like this one keep station in geosynchronous orbits above the Earth. 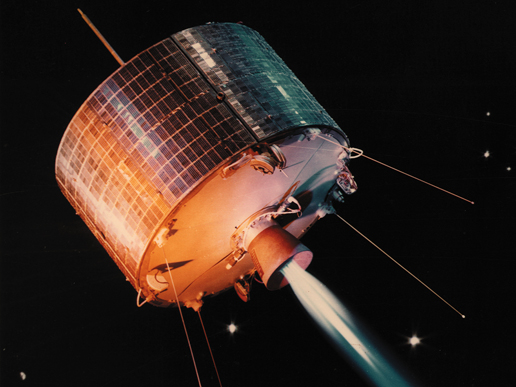 When we talk about satellites we generally mean artificial ones, spacecraft that have been made by man and put into a low Earth orbit. Other spacecraft have been put into orbit around other planets and moons, these are usually referred to as probes.

Earth orbit satellites are used for a variety of purposes including communications, weather forecasting, spying, mapping and others. The first satellite was the Soviet Sputnik in October 1957, followed closely by the US Explorer 1 in 1958.