The Soyuz spacecraft was developed in the 1960's for use in the Russian Manned Moon program. Soyuz was delivered into orbit by the Soyuz launch vehicle, a design which is still in regular use today.

The Soyuz spacecraft is divided into three modules: The spherical Orbital module at the front that houses all the instrumentation and life support systems; in the middle there is the Re-entry Module that the crew use during the ascent and re-entry portions of the journey; at the back is the Service Module that contains the power supplies, communications and propulsion systems.

Soyuz has been the workhorse of Russian space flight for decades 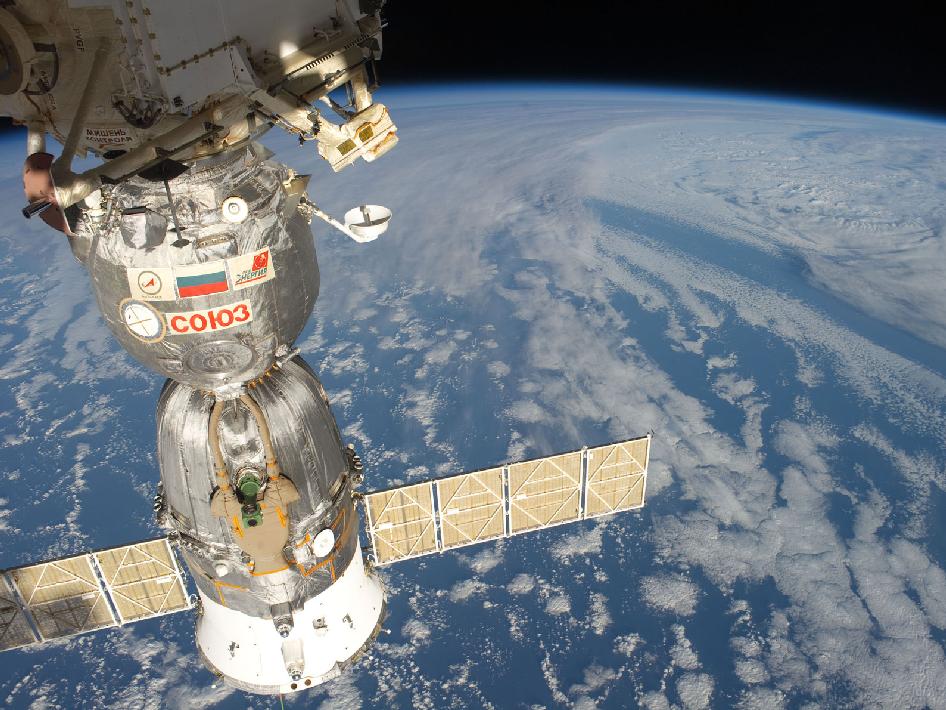 This modularization allows the Soyuz spacecraft to be customized for specific missions without affecting the re-entry module, critical to crew safety during the return home.

Landing is made onto solid ground. On re-entry the crew are protected from the searing heat, due to atmospheric friction, by a heatshield. The speed of the craft is reduced first by a braking parachute followed by a main parachute. At one meter above the ground solid fuel retro-rockets fire to cushion the craft for a soft landing.

Soyuz is the vehicle presently used to deliver crew, equipment and supplies to the International Space Station.