There are two identical Voyager spacecraft, Voyager 1 and Voyager 2. Voyager 2 was the first to be launched on 20th August 1977. Voyager 1 was launched on 5th September 19th September 1977. The general mission of both Voyagers is to explore  the regions at the very edge of our Solar System, known as the helio  pause, and possibly beyond it. The probes return information about the conditions that exist at the interface between the Sun's heliosphere and interstellar space. 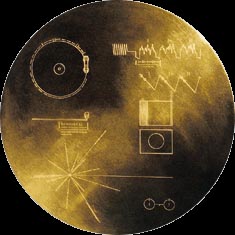 The primary mission of the Voyager craft was to explore the planets Jupiter and Saturn. This was completed in 1989. The extended mission involved Voyager 2 visiting Uranus and .Neptune. The final and current phase involves both Voyagers continuing on to the edge of the Solar System to where the Interstellar winds interact with the Solar Winds. This area is of great scientific interest. Not only is it the furthest point, nearly 18 billion kilometers, to which a manmade object has travelled, it is also a very complex area magnetically due to the interaction of the Solar and Interstellar winds. In 2013, after 37 years, this mission is nearly complete. Both spacecraft are expected to continue on beyond the edge of the Solar System into interstellar space and explore this region in detail.

The Voyagers have sufficient fuel and power to continue until 2020. After that they are possibly destined to drift amongst the stars of the Milky way for the rest of eternity.