The Kuiper Belt is a band of space beyond Neptune that contains a vast array of ancient bodies that includes Pluto.

These objects are believed to have formed in the early phase of the development of the Solar System.

In addition to Pluto there a number of other large bodies of a similar size. It is also believed to be the source of the short-period comets, comets that have an orbital period of less than 200 years.

Eris is more massive than Pluto but not as big 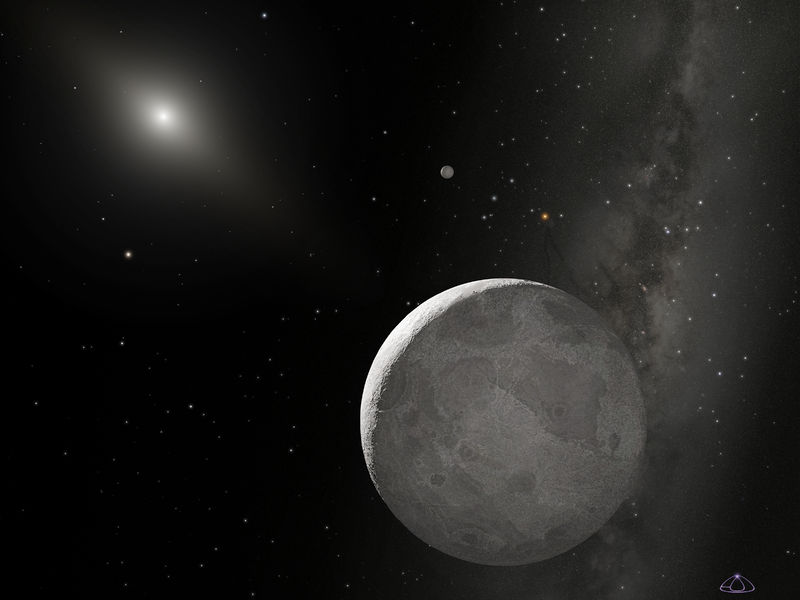